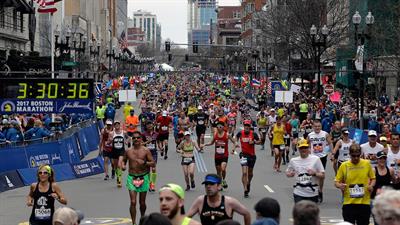 Last week, I talked about how I lost my joy for the game of tennis. This week I would like to talk about two experiences that helped me rediscover it through coaching. Both experiences totally opened my eyes to what had happened to me, and what I saw happening in others. These experiences helped me not only understand my “lostness,” but also helped me understand why I loved the game so much at first.

The first situation came up when I played a very close friend in the finals of a tournament. We had a racket stringing business together and had spent many practice hours on the court together. In this match I was expected to win and should win. This was the worst situation for me because it added so much stress; I had little to gain outside of a trophy and much to lose.

I inadvertently decided to focus the match on our friendship and put winning the match second. I would make it a point to say, “Nice shot!” to him on his good shots. My goal was also to make the match fun, a novel idea. In tournament tennis, you seldom see such things, even when best friends compete; winning is always primary.

Upon making that decision, the stress left for some odd reason. I didn't notice it at the time. Secondly, I played one of my best matches ever and had fun in the process. I never really understood either of these two concepts until many years later.

The second experience that had a profound impact on me occurred, not in tennis, but in a marathon. After I stopped playing competitive tennis I decided to run a marathon. This had always been a goal in my life, so I set my sights on the Chicago Marathon.

The day of the race there was no nervousness about running in it, just eager anticipation. The marathon was a chance to prove myself and my main goal was to complete it. The other objective was a goal time of running the 26.2 miles in under four hours.

The marathon was a unique experience in so many ways. Many runners were cheering for each other, and encouraging tired or worn out ones along the way. This never happened in competitive tennis. Another strange occurrence happened as I crossed the finish line; I had achieved my goals, and for some odd reason that made me cry. Those were tears of accomplishment. It was one of my greatest experiences. None of my victories in winning any tournaments compared to that.

My official time was three hours and fifty six minutes, which put me in around 12,000th place among 30,000 runners. I felt good about this accomplishment and never knew being such a big “loser” could be so exhilarating.

These two events made me wonder why these things don’t happen more in tennis. They brought tremendous enjoyment to what I did. Running helped me to see that when I ran, I competed against myself—not the other runners. I was more concerned about finishing and finishing well compared to winning the whole race. I desired to be my very best and all the rest would fall into place.

The second lesson I learned is that people are far more valuable than trophies. Therefore, how you compete is more important than the outcome of the competition. What happens in the competition is a reflection of you and what you do, or do not, stand for.

I have come to see that much of the problem in tennis is that the monster of winning is never satisfied. It brings many false ideas with it—most of them unknown to the players. It feeds you small subtle lies and before you know it they grow into bigger lies. These lies then become truth; black is white and white is black.

This blog is about how to rediscover the joy of the game and learn the many life skills that tennis can teach. These skills not only make better players, they make better citizens. They make tennis more than a game.