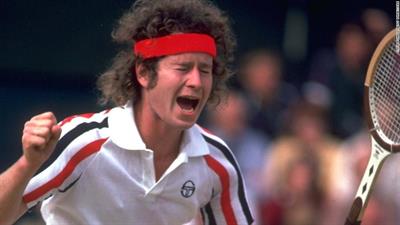 As with so many others, I owe a great deal to the game of tennis. It has taught me much about myself, others, and mostly, about life. The lessons I have been taught by this great game and the debt I owe to it can never be repaid. I want to share these lessons and help others avoid making the mistakes that I made along the way.

My introduction to the game of tennis began at age twelve. It quickly became a real joy in my life. There never seemed to be enough court time to satisfy my needs. Now at the age of 58, happily married with five kids, tennis has become more than just a great game. It has created a yearning to use the sport to make champions of each and every player.

Of course, champions are usually thought of in terms of winning matches or receiving trophies. This definition is far from what I mean. The champions I long to create are great thinkers, masters of their emotions. They are made better when times are difficult. Most of all, they have the highest standard of ethics. They push themselves to get the most out of themselves and will not settle for anything less. These champions are ladies and gentlemen first, and athletes second.

This has not always been the view of the game for me. In fact, for most of my competitive career, it was the opposite, winning was everything. The joy that was once there when the sport was first introduced got lost. My passion for the game was replaced with a love for winning. Tennis became an obsession and a chore, driven by the need to win.

It started in high school and grew during my four years of Division 1 college tennis. My passion for winning was still there and grew to new levels as I won six city tennis titles in the Greater Fort Wayne area.

These titles resulted in substantial recognition, newspaper articles, and TV interviews among tennis aficionados. I believed then that if you won, you were a winner, and if you lost you were a loser. My self-esteem was tied to my performance on the court. I basked in hearing people tell me what a good player I was.

My self-worth was tied to winning and from this came pressure to perform. So much was riding on tournaments I grew to hate them. I grew to see competition as an evaluation of me for the world to know. I liked to win but I hated to lose. This fear of failure added so much stress to my life that it propelled me to work harder. Yet, it was not out of a love for the game but to prevent failure and thereby preserve my self-confidence.

Over the last fifteen to twenty years I have come to see how many other tennis players have very similar experiences. I have observed it just as much in adults as I have in junior players. The same things that happened to me happened to them; they got lost along the way and this took away the joy they derived from the game.

On the other hand, no one ever told me how much could be learned from tennis and what could be applied to life off the courts. I never knew how important it was to know why you are playing the game. Most importantly I never knew how critical internal growth was for me to reach my full potential. I knew external growth in the form of good strokes was critical; but no one ever spent time developing my inner game.

Tennis not only causes stress and anxiety in many players lives but it also builds arrogance, self-centeredness, greed, and anger management problems. How could this great game become so destructive in so many lives?

Next week I would like to reveal two experiences that I had that totally changed me as a coach.