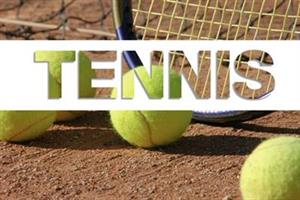 I remember one of my lowest points in tennis like it was yesterday. I was playing one of my high school students in our city tournament. It was a quarterfinal match. I usually beat him easily when we played in lessons, and I figured this match would be no different. It was different in so many ways.

One way it was different was the immense pressure I felt going into the match. Another big difference was the disparity between us, he was playing very well, and I was not.

I felt I had to win not only because he was one of my students but also because I was the top seed in the tournament. I hated this tournament because of all the stress I felt when I played in it. The local media considered it the premiere tennis event in our area; therefore, they came out most every night for coverage. There were newspaper articles daily about the matches. There was local TV sports coverage for the evening news as well. It was a big deal; or at least I thought it was a big deal.

I was in a dog fight with my student in the first set. The score was 5-5 and in this critical eleventh game we had several deuces. I felt I had to win this game to win the set. On one of the deuce points we had a long rally. He eventually hit a ball that I could not get. The ball landed inside the line. I wanted this point, and I was determined not to let him have it. So I did the unthinkable, I called it out firmly and boldly.

At the time, it seemed like the smartest thing to do. In my mind I did what I felt needed to be done. If you were going to win close matches like this one at some point you had to make close calls. So as a great competitor I had a decision to make. Cheating was a tactic I did not like to use but I would if I had to.

I knew the ball was in when I called it out. I felt guilty for a second or two but boldly moved on. No one knew that I cheated. In fact, no one even got hurt so what was the big deal anyway. I had more reasons why I HAD to cheat if I needed to give them, but my conscience was numb. I had cheated before, and this was not even that bad of a ball to call out. It was on the line, and he should not have hit it so close to the line. If it was in the middle of the court sure that is terrible but calling a ball on the line out was barely cheating.

Rock bottom was hit, and I did not even know it. I cheated a high school student out of a point. What is worse he was MY student. I felt little if any remorse over what I did. I would do it again if I had to. This was what years of training had come to. I had worked too hard to get to where I was to let feelings get in my way of winning.

It is this world of whatever-it-takes-to-win that started me down a path; a path where I got lost and could not find my way back. I want to warn all players about this path. It is this world that I have come to loathe because I saw what it did to me.

I have seen this world many times in club tennis, in junior tennis and of course tournament tennis. I listen to parents’ war stories about similar observations. I watch this occur in high school tennis. I hear adults joke about league tennis and how vicious line calls are in these matches. I realize I am not alone; winning is a monster ravaging the tennis world.

This monster must be stopped, or it will take more hostages. What is most difficult is this behavior is accepted and expected in competitive tennis. We as coaches, and you as parents, need to take a whole new approach to the game. In order to do it, we will need to create a new language. We will need to educate players on all that the great game of tennis can do for you. When we are done, I hope tennis will be viewed in a different light and become a gift. It is the greatest game on earth and deserves so much more from its players.