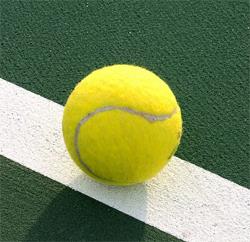 Most players define success on the court by winning. We have stated in many different ways and numerous times that this is NOT the way to define success. True success is a process that we have full control over, whereas winning is an outcome that we only have partial control over.

However, many players will go about defining success in terms of winning in a deceptive way. Their definition proclaims that success is a process AND … The “and” is most always followed by the word winning. This means they have two goals; the first is to demonstrate specific processes such as good sportsmanship or doing your best on the court. These processes, along with many others, are right on the money when defining success.

However, once the word “and” is added it changes everything. Since the word that follows and is “win,” it takes us down a totally different path. A path that makes these two concepts water and oil, and they do not mix. The second clarification “win” brings up a second governing body that will also dictate what you do. The question is can players be double goal players when the goals take them down two different paths?

To look at it from a different vantage point; can people have two different bosses who place totally separate and opposite demands on them? Can they be governed by two distinctly diverse and opposing rulers? The answer is clearly, “No!’ The reason is because these two rulers give contradictory instructions many times. When the instructions oppose each other, which one should they obey?

Keep in mind each ruler demands total allegiance. Any rebellion will simply not be tolerated. Subjects may think they can live under both rulers in harmony. However, the first act of disobedience will reveal who they consider their ruler. Another way to look at it is how often does the United States military allow insubordination? Never! The first act of insubordination and the soldier is kicked out of the military (or into the stockade!).

So, what we are saying is a person who is governed by two kings will have to decide which one he will serve. Once one king’s demands contradict the other king’s demands, a choice must be made about who will be served. This does not mean the kings don’t agree at times; in fact they often will. The key is: which king will you ultimately serve?

In the next couple blog posts, I would like to talk about these two separate areas of sports, kingdoms that are ruled by different kings. The first kingdom is playing to “be your very best in the match”; the second kingdom is focused “only on winning.” Which kingdom you live in will have a great impact on, how you play and what guides your decision making.