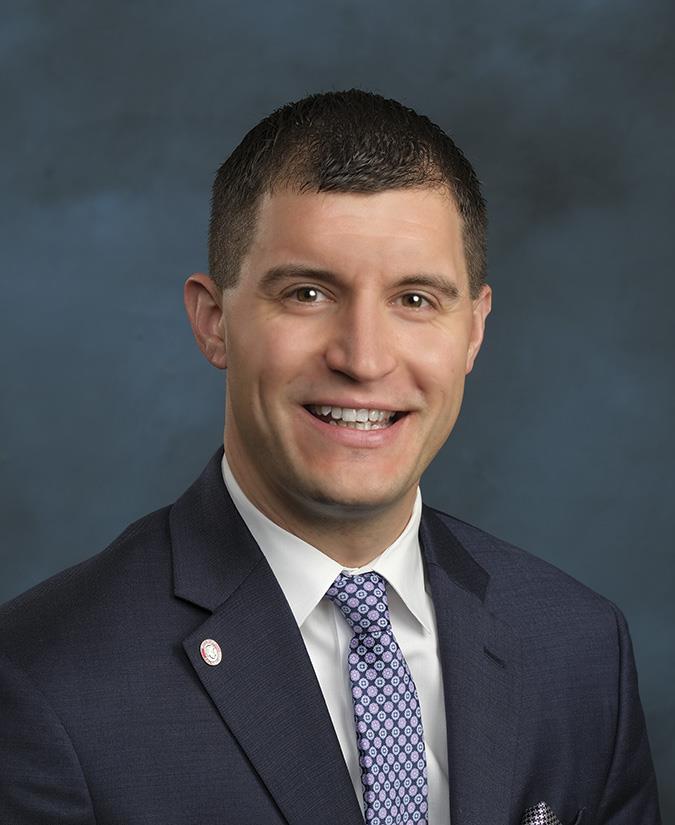 A Fort Wayne native and Homestead graduate, Zack has been working in the private club industry for over 16 years. His career started at Sycamore Hills Golf Club where he worked his way up through the ranks, peaking as the Food and Beverage Director. His tenure included being instrumental in coordinating eight National Golf Championships, 10 celebrity chef charity dinners, and a clubhouse remodel.

In 2017, Zack joined Quail Creek Country Club in Naples, Florida as Assistant General Manager before quickly being promoted to General Manager. He played a vital role from concept to implementation of a $20 million renovation creating a one-of-a-kind experience which has been revolutionary for the private club industry.

Zack’s passion for delivering consistent, unparalleled member experiences through operational excellence is what drives him every day. He and wife, Lauren, are thrilled to be back home in Fort Wayne.

Melissa is responsible for establishing and monitoring the financial decisions and internal controls for Fort Wayne Country Club.  She is an advocate for the employees, taking care of payroll and human resource concerns.  She is a Fort Wayne native and graduated with Honors from Ball State University, with a Bachelor of Science.  Melissa brings more than 10+ years of accounting and human resource experience.  She prides herself with excellent customer service skills and synergy. She enjoys spending time with friends and family, as well as playing volleyball. 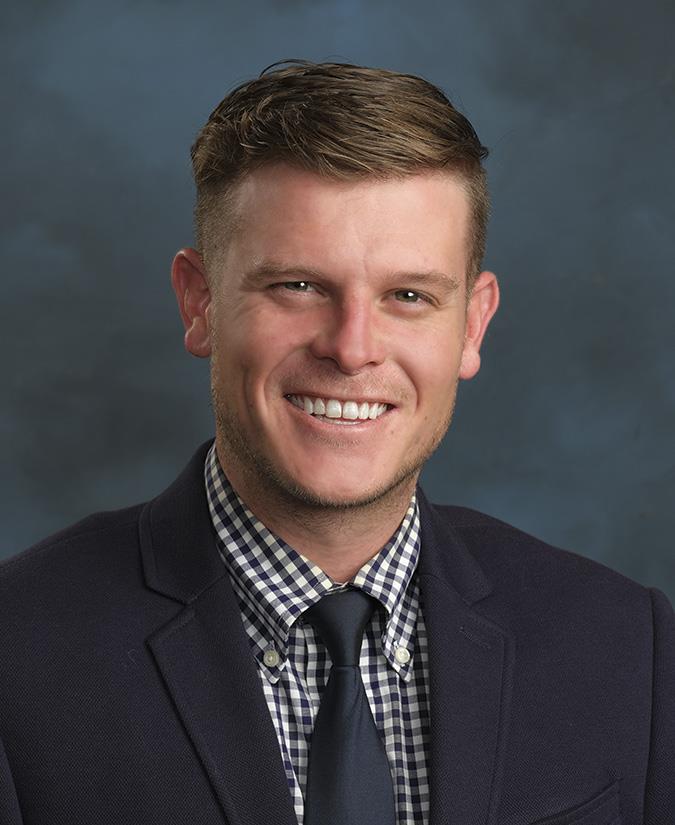 Dan is responsible for Fort Wayne Country Club’s day-to-day accounting, billing functions, and member inquiries. He is a Fort Wayne native. He is graduated from Ball State University in 2010, with a Bachelors of Science in Accounting. Dan comes to us with 4+ years accounting experience, in the insurance and defense contracting industries. He spends his free time with friends and family, as well as participating in organized sports, such as golf, softball, and hockey. 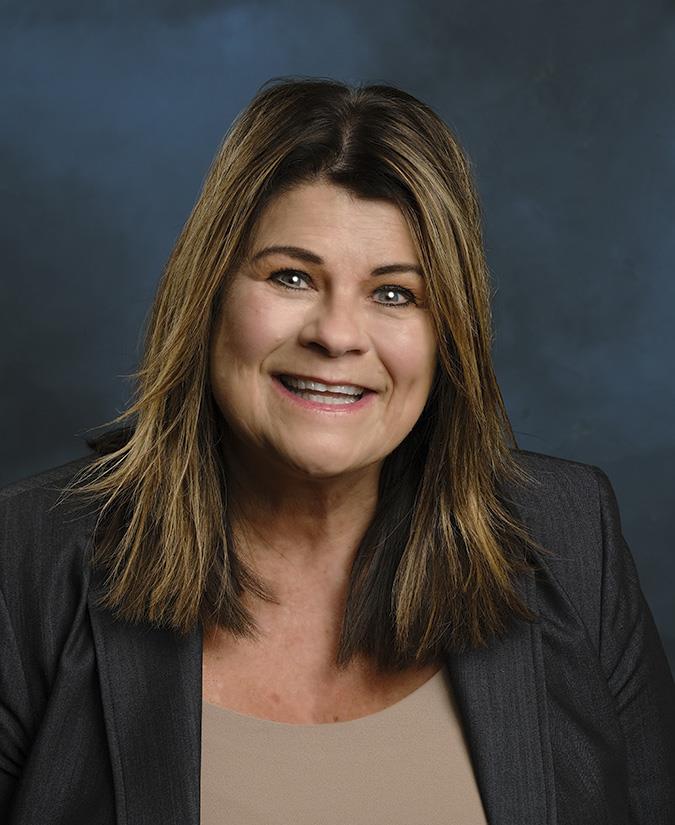 Beth Ann has made the Hospitality and Retail Industry her professional career. She recently served for seven years as a Regional Sales Manager for French Lick Resort, and prior to French Lick, was the Golf Sales Manager at Swan Lake Resort. Before entering the hospitality industry, Beth Ann was a Retail Consultant to golf facilities across the United States (including FWCC!) and was the Director of Merchandising at Sycamore Hills Golf Club. She is an avid golfer, a proud mom to four children, and excited to be on the FWCC team again! 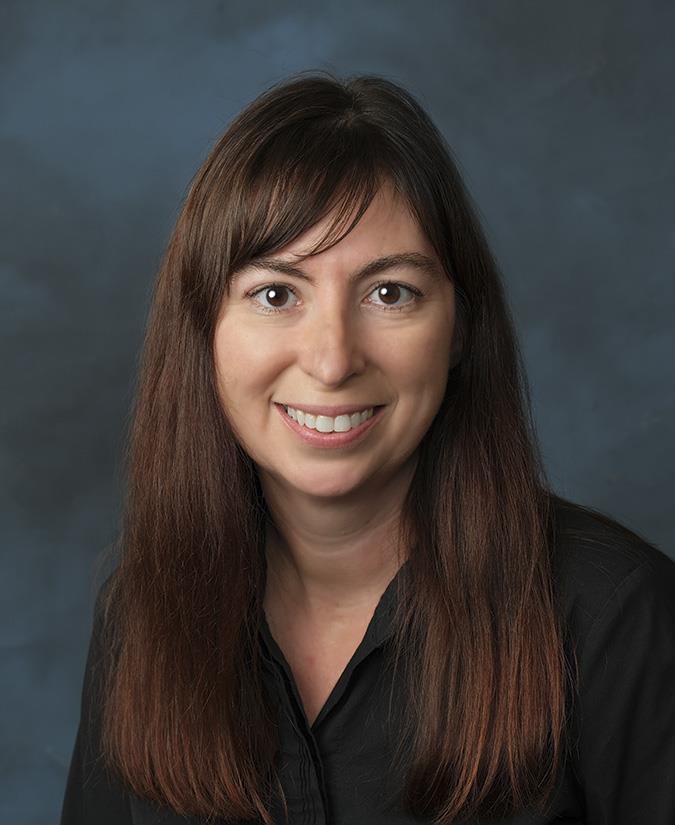 Originally from Fort Wayne, Wendy has worked for over 15 years in the private club industry at Summit Club and Sycamore Hills Golf Club in Fort Wayne and most recently at Quail Creek Country Club in Naples, Florida. With her years of club experience and passion for marketing, Wendy is excited and honored to be a member of the FWCC team.
Food & Beverage 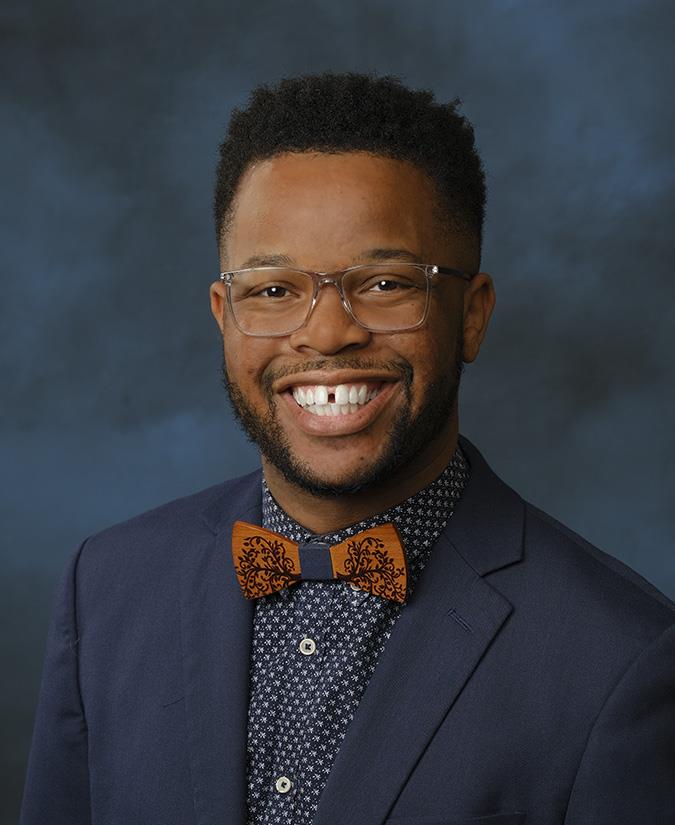 Sam Bailey
Director of Food and Beverage
Email: sambailey@ftwaynecc.org
A native of Cleveland, Ohio, Sam has worked for over 15 years in the Food & Beverage industry in different types of clubs (Country/Golf, Yacht and Business) and most recently at Shaker Heights Country Club in Shaker Heights, Ohio. He is a member of the Club Managers Association of America (CMAA). With his love of food and people, Sam is grateful for the opportunity to be a part of the FWCC family and is excited for all the great memories that we will create together.
Golf 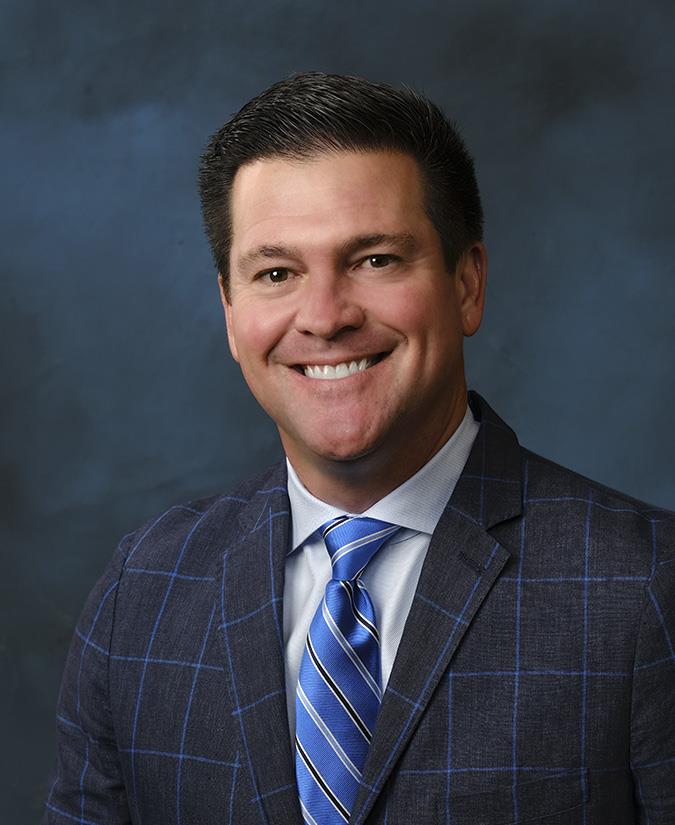 Chad Ayres joined Fort Wayne Country Club in 2016. He was most recently the General Manager/Director of Golf Operations at Hillcrest Country Club in Batesville, Indiana. He is a graduate of the University of Cincinnati with a bachelor's degree in History. Throughout his 22 years in the business, he has served on the Indiana PGA Board of Directors, won 5 section tournaments, participated in 3 National Club Pro Championships, was recognized by his peers as the 2011 Private Club Merchandiser of the Year, and in 2014 was the Golf Professional of the Year. His passion for the game and his warm, outgoing personality fit well with Fort Wayne Country Club. Chad and his wife, Summer, have two daughters, Abigail and Cassidy.

Adam Lockwood is entering his second season at Fort Wayne Country Club. Most recently, he served as Assistant Golf Professional at Trump National Golf Club in Charlotte, North Carolina. Adam is a graduate of California University of Pennsylvania where he earned the award of Cal U Professional Golf Management Student of the Year among other accolades while studying there. He was elected to PGA Membership in 2017 and has work experiences at East Hampton Golf Club in East Hampton, NY and Colleton River Plantation Club in Bluffton, SC.  Adam brings a wealth of knowledge in V1 Golf, FlightScope, Trackman, SAM Putt Lab, and BodiTrack teaching and coaching systems. He enjoys working with students of all age and skill levels and is excited to continue to serve our membership here at FWCC. H 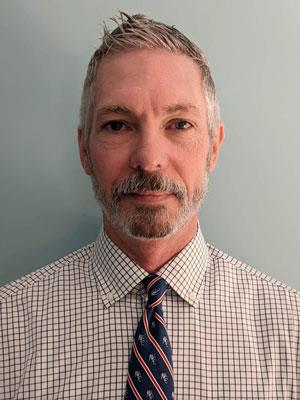 Born and raised in Fort Wayne, IN and the son of longtime FWCC Members Dr. and Mrs. E.E. Stewart, Kirk grew up playing golf right here. His passion for the game led him to Ferris State University where he graduated with a Bachelor’s degree in Marketing/Professional Golf Management. Kirk is a past Class A-1 PGA Member and has worked at several outstanding facilities including The Players Club at Sawgrass, Valhalla Golf Club, Spring Valley Country Club, Orchard Ridge Country Club, Bay Harbor Golf Club, and The Heather at Boyne Highlands. Kirk and his wife Stephani have two daughters Olivia and Samantha, a son-in-law Rob, and a grandson Otto.

As the Player Services Director, Kirk will bring his extensive background in customer service and management to provide the best possible golfing experience to our members and their guests. 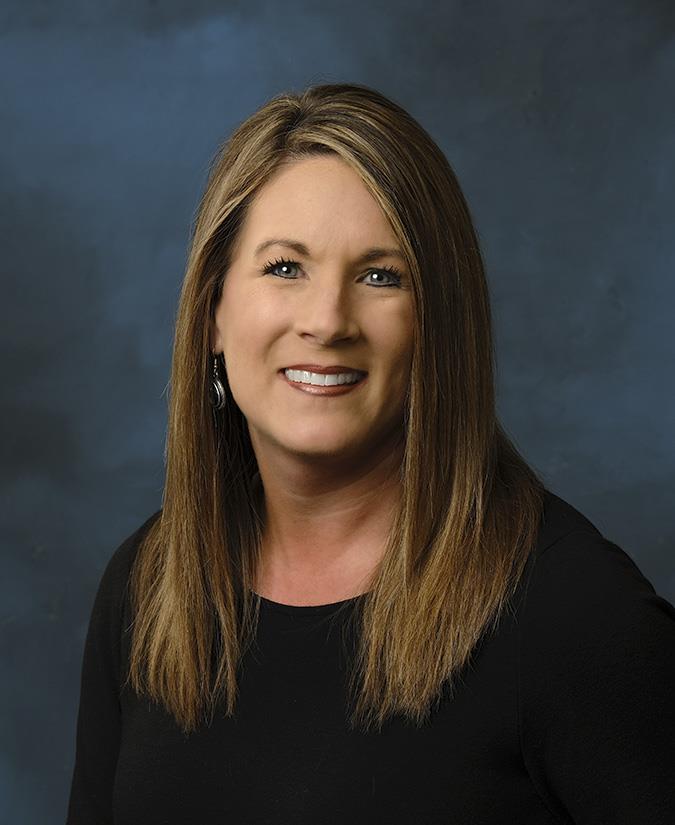 Summer is a 1998 graduate of Ohio University with a Bachelor of Arts degree in Social Work. She began her post college career in Ohio, where she served the families division at a parenting center. In 2000, she moved to North Carolina and continued in the social work field with adoption services and foster parenting until her growing family moved back to the Midwest and Indiana in 2006. Summer has two daughters, Abigail and Cassidy, and loves spending time with her family. She also enjoys shopping, traveling, and a good book. Summer brings a high level of attention to detail and customer service and is excited to grow her relationships with the FWCC membership serving you, your guests, and your family with all your merchandising needs in the FWCC Golf Shop.
Grounds 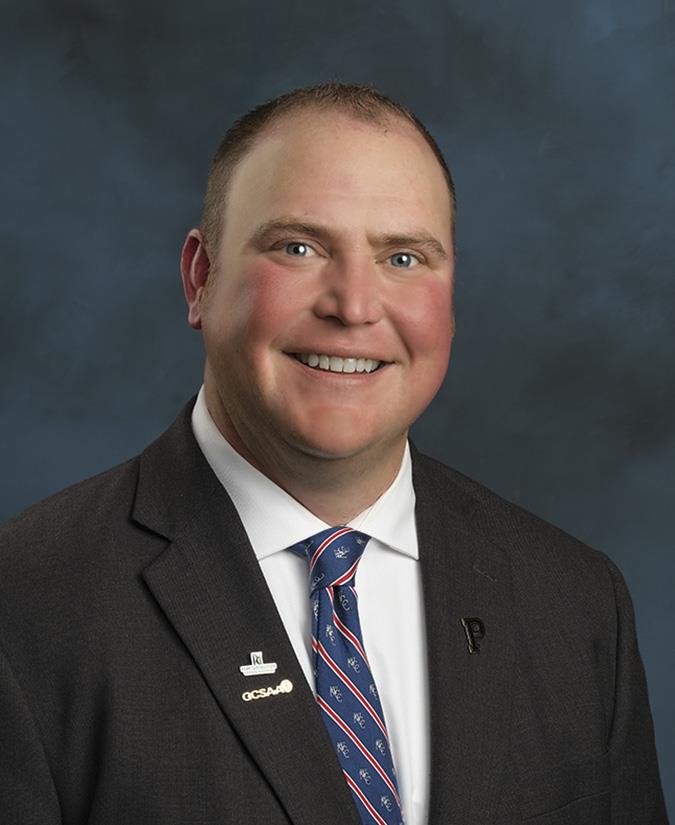 Brian John Chalifoux joined the team at Fort Wayne Country Club as a Caddie in the spring of 1998 where he worked two summers before starting with the Golf Course Operations staff in 2001. A passion for the game and the science behind finely manicured turfgrass led him to Purdue University to pursue a Bachelors Degree in Turfgrass Science. Internships with the Purdue University Sports Turf team in 2006 and the Chicago Golf Club in 2007 paved the way for Brian to return to FWCC on an Assistant Superintendent track after graduating from Purdue in May 2008. Brian became the First Assistant at the club in April 2011 and became the Golf Course Superintendent in November 2018. He continues to add new ideas and innovative thinking to our agronomic programs at FWCC.
Tennis

Steve graduated from Bowling Green State University in 1985. Shortly after graduation he took the head tennis professional position at FWCC and he has never looked back. He loves the game of tennis, but teaching youth the game is his passion. His unique teaching philosophy focuses on teaching players life skills from tennis skills and he always has a great attitude. Steve is married to Ruth and together they have five great kids. If he has any free time, he can be found with a good book and a great cup of coffee.

Allison has been a member of the Fort Wayne Country Club Tennis staff for seven years. She worked here through high school and college, and upon graduating from the University of Saint Francis, accepted the position of Assistant Tennis Professional/Pickleball Director. Allison has had a passion for the sport of tennis for as long as she can remember and has always enjoyed practicing with her family and traveling to tournaments together on the weekends. Allison is excited to incorporate her passion for the game to the programs at the Fort Wayne Country Club. Allison married her husband, Gavin, in July of 2017. In her free time, she loves spending time with her family and being in the great outdoors!
Pool

For those of you who have not met Theresa, she has been with Fort Wayne Country Club for 8 years. She also works for Southwest Allen County Schools and is a swimming instructor with the YMCA. Theresa is excited to be part of the changes to our pool this summer. Stop in at the Fort Wayne Country Club pool to say hello and let her know how we can make your visit exceptional.

Alexandra is a Fort Wayne nature and currently FWCC’s Assistant Pool Manager & Head swim team coach. She has worked at Fort Wayne Country Club since 2014 as a Lifeguard and Swim Team Coach. Alexandra recently graduated from Purdue University with a Bachelor's degree in Elementary Education and is pursuing a teaching career locally.

Maddie is a student at Concordia Lutheran High School. She's been diving for 11 years having started diving when she was 5 years old at Arlington Park when she fell in love with the sport! She began travel dive with Jill Eakright when she was 6 and has been diving for Indiana International School of Diving since. Then she decided to give back a little to the program and helped coach Glenaqua's dive team and then join FWCC's amazing program.  She enjoys watching the divers grow over the summer